With a mild start to the New Year the first job was to plant some Christmas presents – 2 apple trees.  These have been planted in the back corner of the main walled garden, on the edge of what will eventually be the vegetable patch.

If you look hard enough there are 2 trees here!

The mild weather soon gave way to more traditional January temperatures and, as such, most of the work this month took place inside, starting with one of the rooms in the Annex. 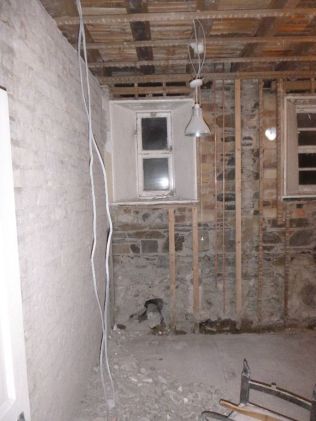 We also finally managed to get the heating on and then set about finishing the pellet store ready for our first bulk pellet delivery next month. 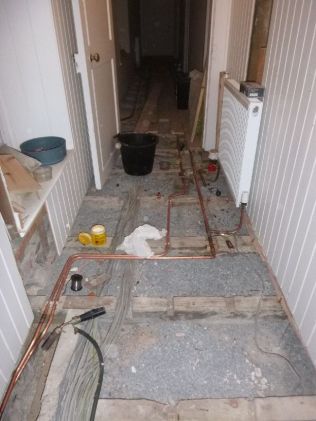 Plumbing in the radiators

One of the boilers

Pellets in the store 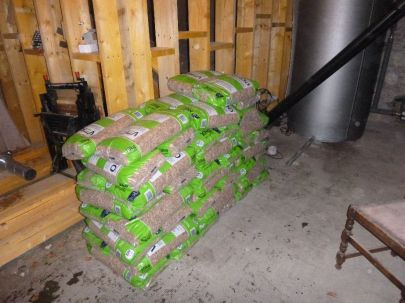 Our first supply of pellets

Internal structural alterations were high up on the agenda, extending the kitchen into the old living room of the Annex and removing the awkward cupboard in the main hall.

A hole in the wall! 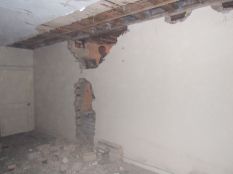 Beam in place, we crack on…

Look at that brickwork

And the bricks leftover 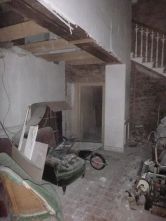 And less one cupboard…

And finally, yes we did join the rest of the country with a decent share of snow: 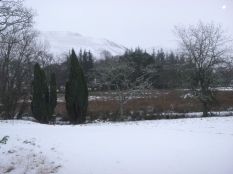