Into summer and the harling started to come to life.  The hessian sheeting was removed to reveal the traditional finish and Tony spent many hours building up the lime wash coating. 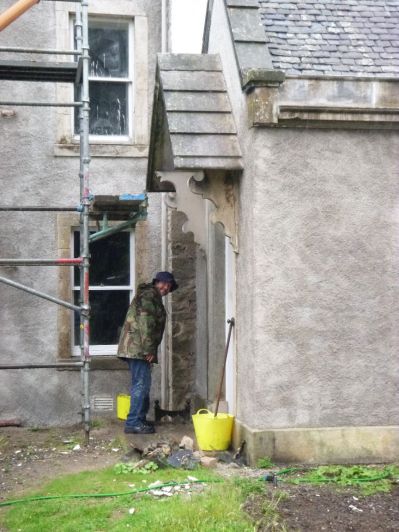 Mike was hard at work getting the next section ready – the stables: 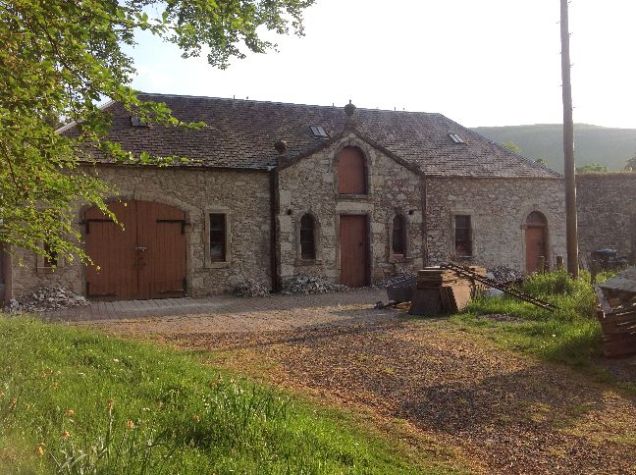 The garden burst into life, starting with the Rhododendron bed: 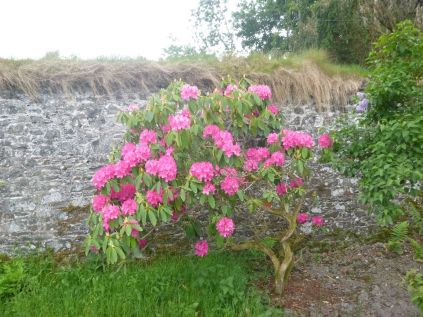 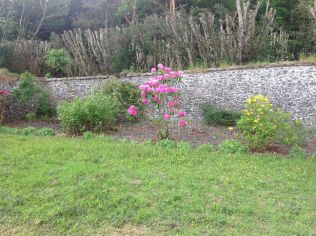 Much effort went into pulling the worst of the weeds from the backlawn before strimming and mowing it (thanks to Helen!) 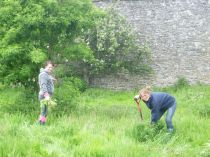 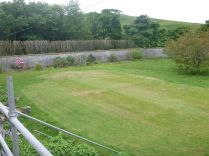 And better late than never, out came the bluebells, the peonies and masses of apple blossom: 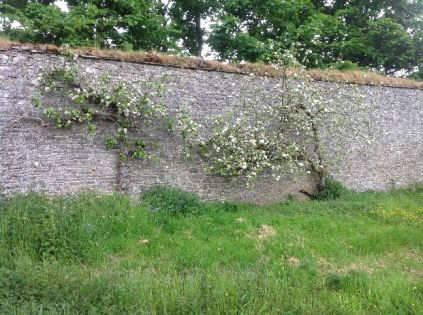 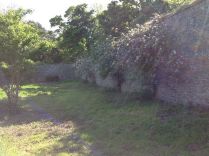 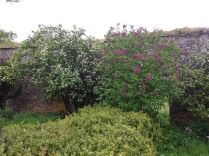 Whilst Helen and Meg were attacking the back lawn Ted was determined to conquer his path! 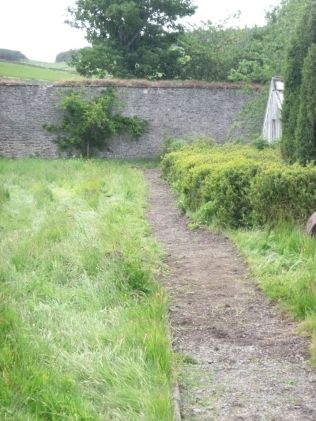 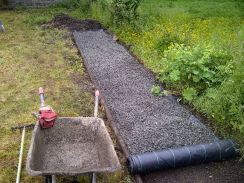 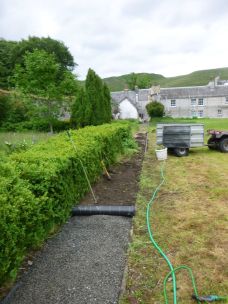 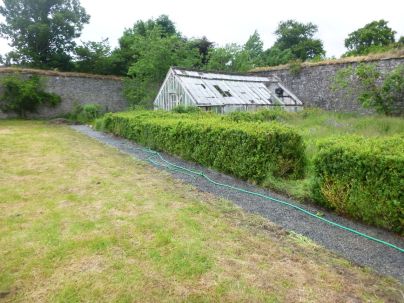 And there was lots more going on in the garden as well, not least fighting an endless battle with the weeds (particularly in the small walled garden).  Photos below show the grass seed starting to come through around the borehole, Liam felling a tree well past its best, a visitor in the greenhouse along with some seedlings, further progress on the haha, the stunning herbaceous border (thanks Mum), a solitary iris in our flower garden and the situation in the small walled garden complete with the first of many wall repairs (thanks Tony). 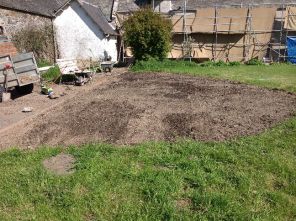 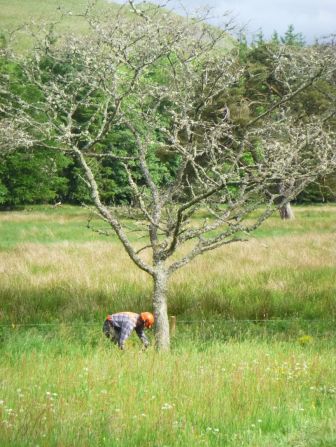 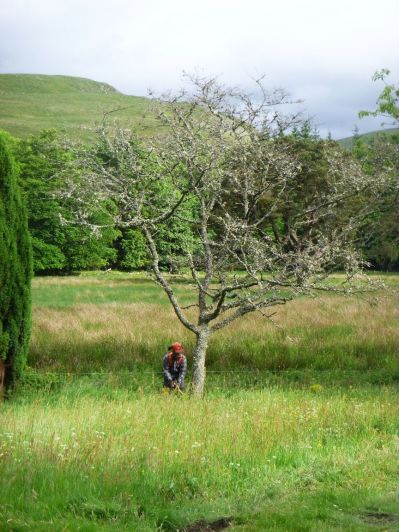 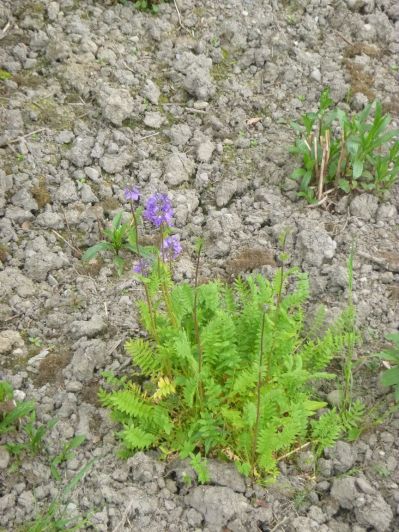 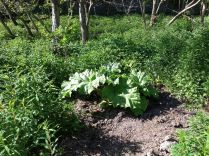 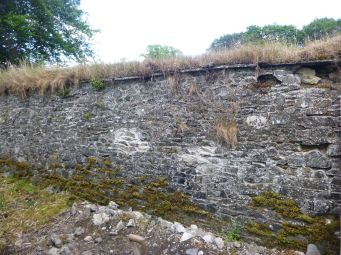 We even managed to get back on the roof with Dave starting yet more leadwork and Mike finding yet more rot to deal with. 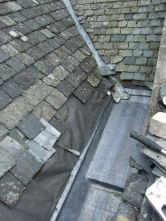 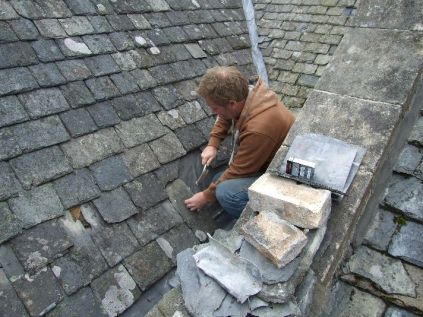 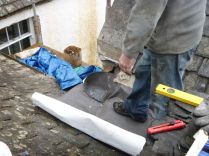 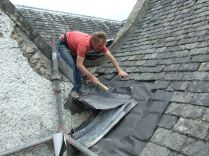 Finally a nice collection to end this month’s entry on: 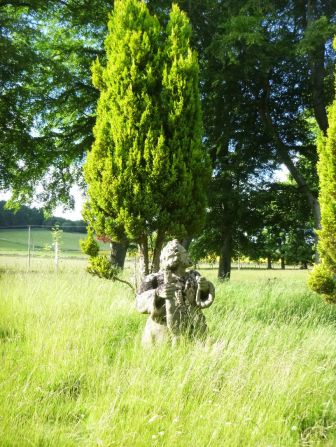 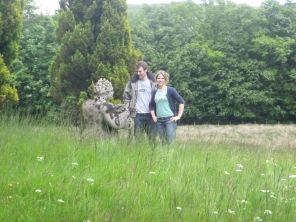 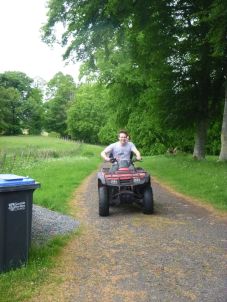