Posted on November 1, 2013 by michaelgush

October saw all hands to the pump to get as much of the harling done as possible.  A four man crew – Tony, Liam and Hans & Scott from Masonry & Lime – was drafted in to really give the project a push forward. 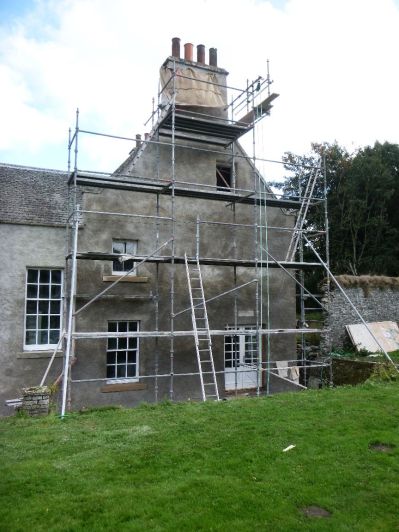 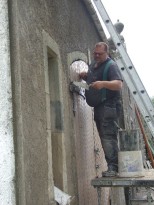 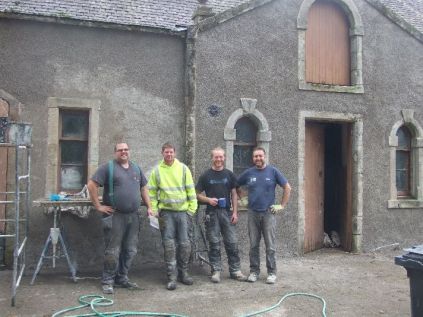 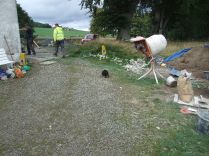 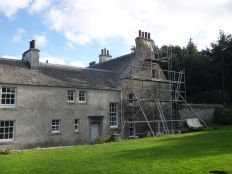 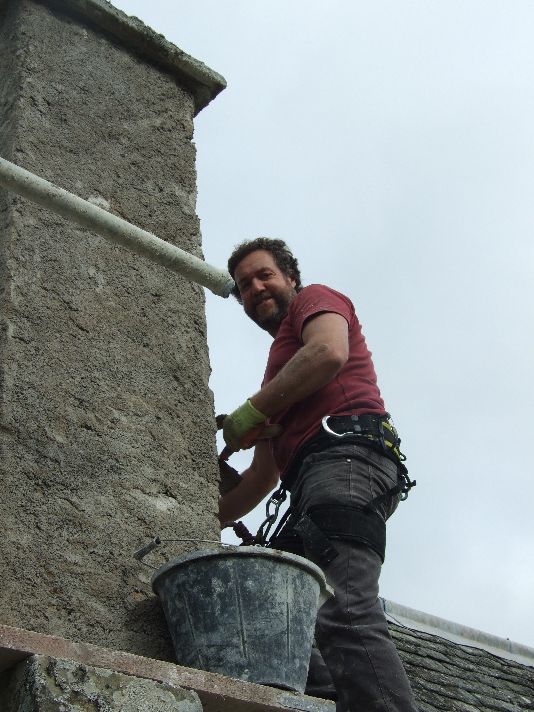 Not only did they get loads of the harling done but they also managed to repair some of the damaged garden wall. 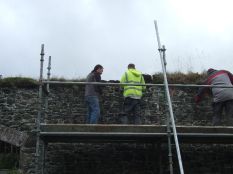 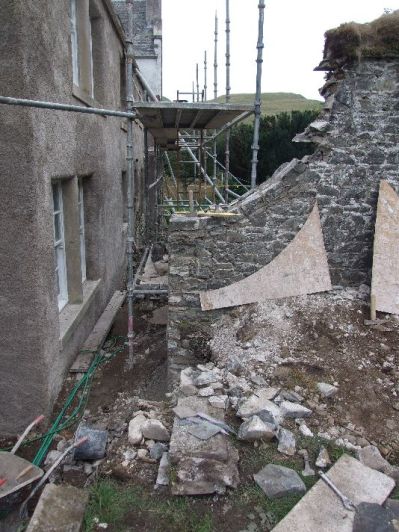 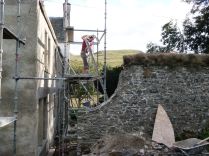 The new chimney was installed on the annex: 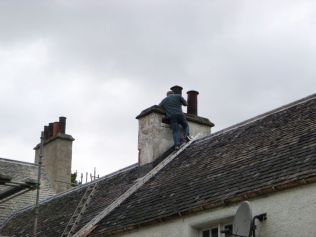 And Dave even managed to do some more prep work on the new pantry doorway.

The weather was as good as could be hoped for and whilst cutting the grass one of the residents had a very close shave!

And last, but very much not least, our new arrival decided to check on progress of his future home.