Progress is picking up again with lots of developments in the main house during the month.  Before we start there though, lets find out what’s been going on in the gardens.  First up we have another glut of apples alongside very healthy crops of other produce including raspberries, redcurrants, peas, potatoes, beans, tomatoes, courgettes and, of course, eggs!  Lots of jam making and apple puddings, amongst other things. 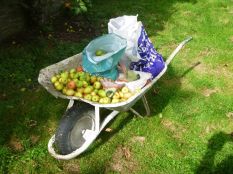 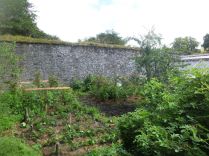 We continued to improve the small walled garden with sheds arriving to free up some space in the stables, wall repairs undertaken and the gate extended to keep our chickens captive. 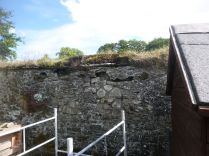 The potting shed again was a focus with more work to the roof, repairing the wall above it and also finally getting the Rayburn into position (and no Tony didn’t do this all on his own!) 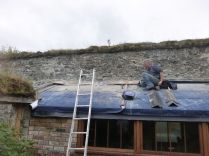 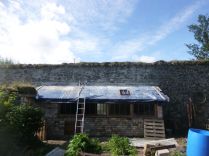 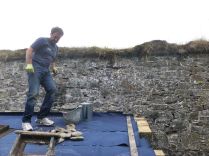 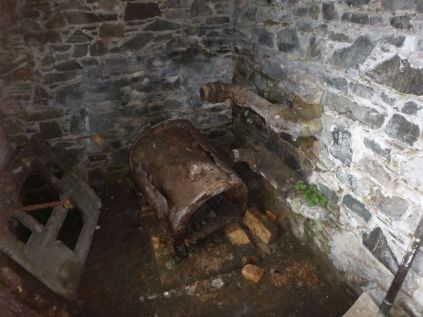 And elsewhere the garden has been growing strongly with Mum managing to keep it looking stunning despite weeds appearing everytime she turns her back! 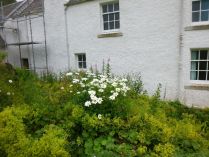 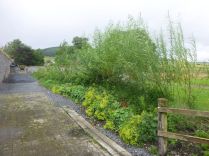 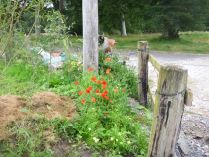 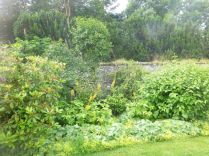 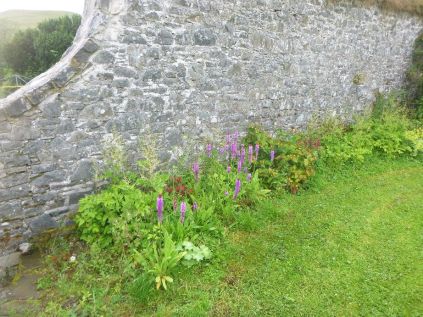 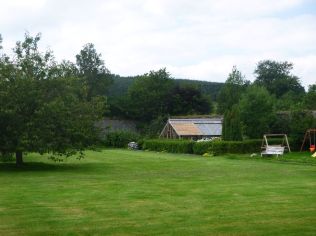 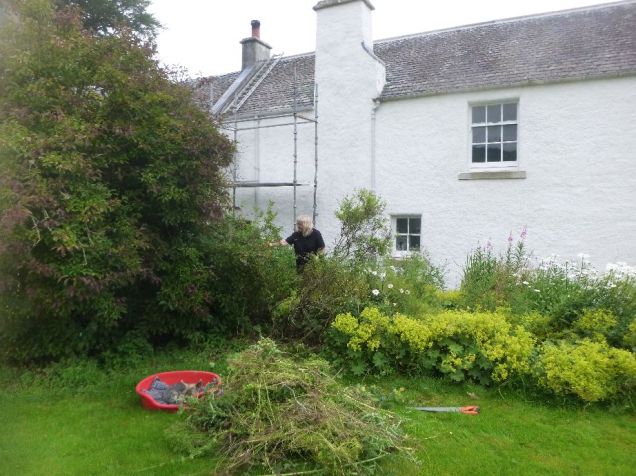 Turning to building works, we finally completed all of the leadwork on the stonework and also caught a number of slipped slates.  Yes, the scaffold is back up on the back wall!  Tony also has spent hours repairing the frost damaged harling and doing further limewashing – not a very photogenic activity!

Inside there was a whole host of activity ahead of the joiners and electricians pitching up next month.  The last of the structural alterations were almost completed and we uncovered yet more rot in the main hall leading to the discovery of original (1700s?)  harling which then needed removing before the wall could be prepared for plastering.  The structural alterations included:  moving the split between the two properties, building up the doorway for the en suite in bedroom 3 (and replacing more beams), building up the pantry doorway, creating the new opening for the drawing room and preparing the new beam in the cloakroom.  Mike spent hours chasing out the old cables, discovering the date the property was rewired in the process (1975) and also managed to lay the slate floor for under the main water tank. 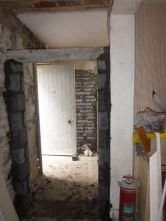 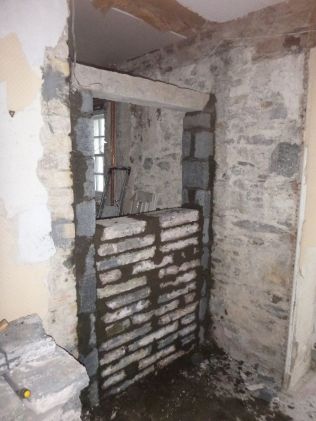 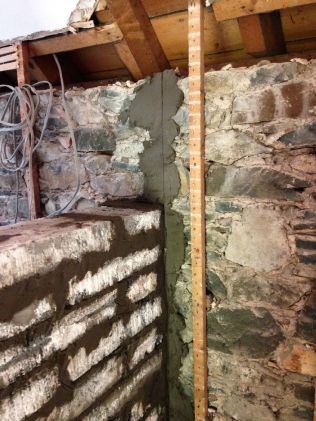 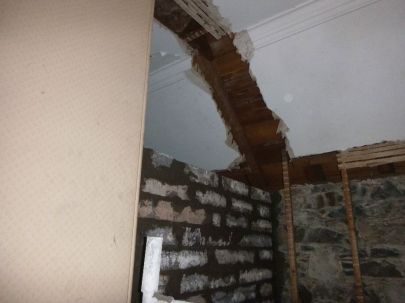 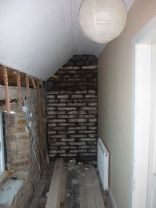 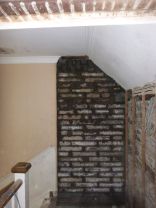 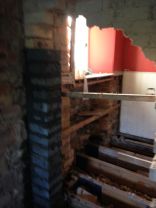 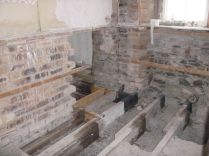 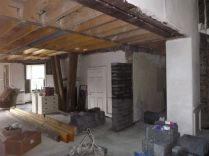 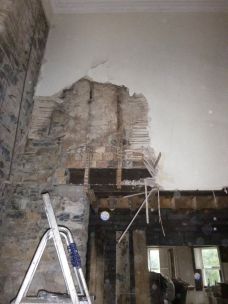 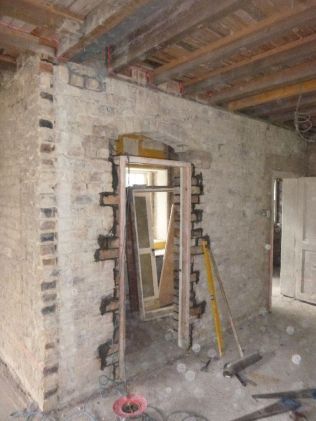 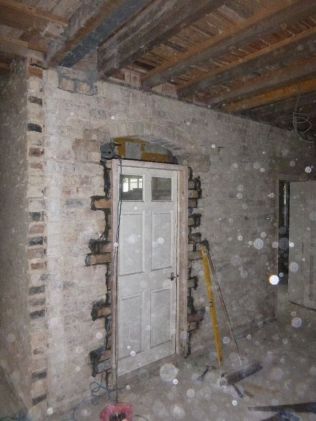 And after all that, a brief pause before next month…