Plastering has taken centre stage this month with Adrian working wonders – we now have finished ceilings and fitted cornices (including in the round room which was some challenge)! 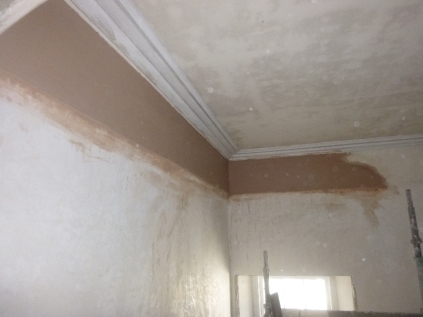 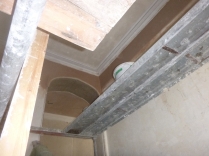 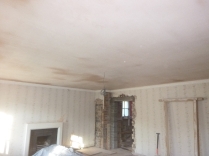 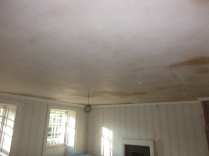 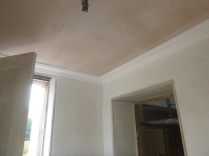 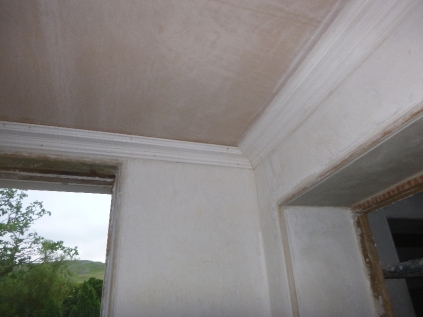 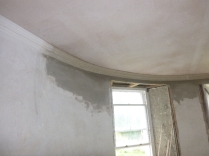 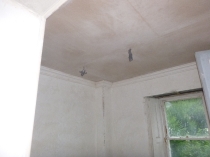 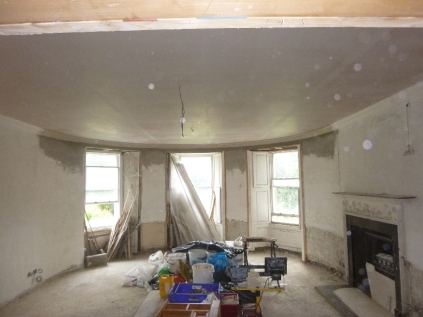 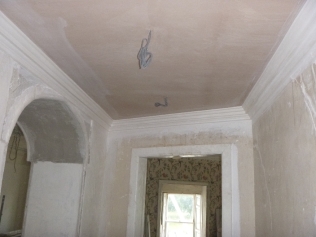 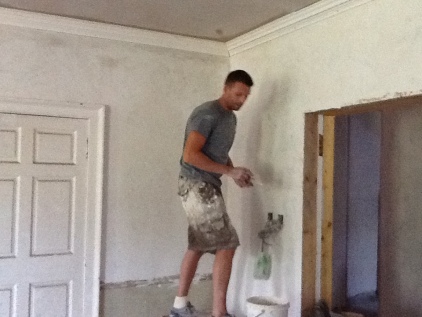 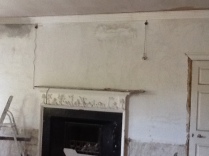 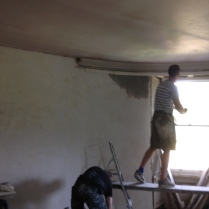 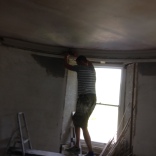 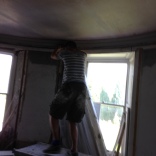 As part of the plastering work we carefully removed the ceiling rose from the porch, which is now awaiting restoration: 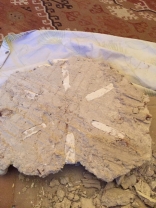 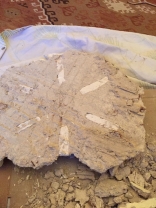 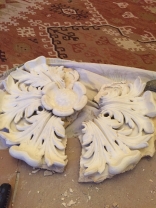 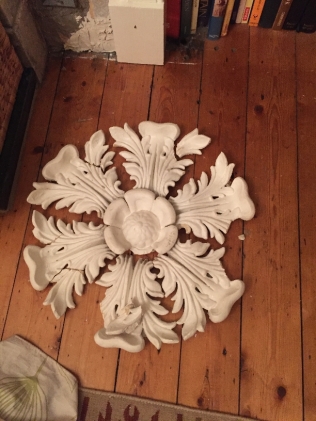 More lime plastering also was underway thanks to Tony and Logan: 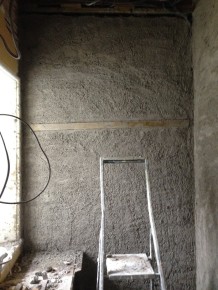 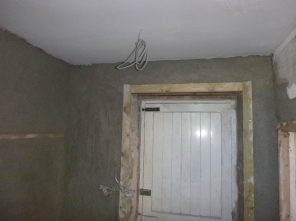 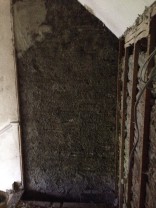 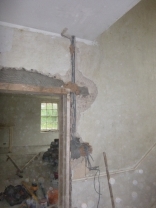 And Mike was busy running in pipework, ripping out yet more rot and getting the floors laid again: 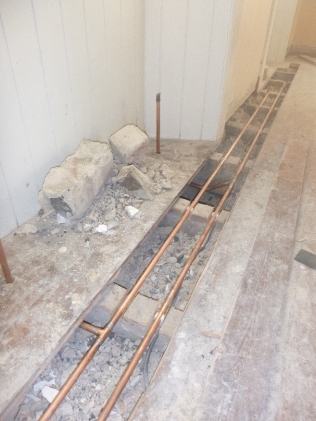 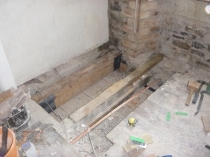 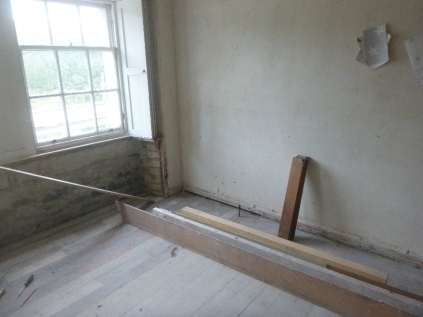 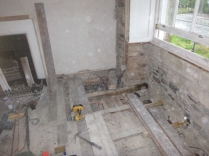 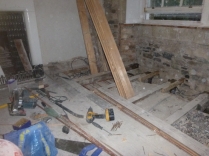 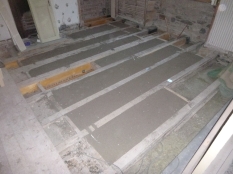 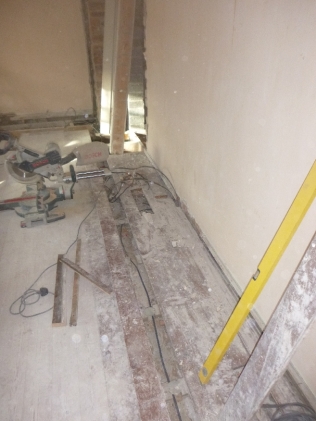 Lots more work in the gardens that has, in the main, evaded the camera – but just look at the produce from the veggie patch!

And then the acquisition of a (very large) batch of second hand Victorian floor tiles meant another job was added to the list – that of cleaning them ahead of becoming the centrepiece of the porch:

The ongoing maintenance of our boiler system took centre stage with a blocked flue (oops!)  A lost evening, a dismantling of the chimney, a lot of huffing & puffing (& more) and then all was good again…

And finally, one of the chairs left in the house came back from the upholsterers.  See, we are making progress!