A very busy November to report with lots of prep ahead of Grandish Designs arriving at the end of the month to lay our lovely limestone floors – plastering, decorating, some more rot removal and a new step for the French doors to the garden.  First up the plastering – a combination of Benny from Masonry & Lime and Adrian from AM Plastering: 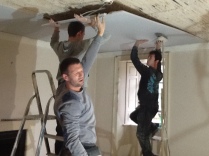 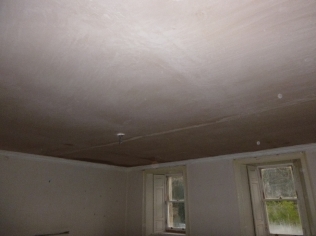 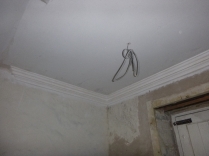 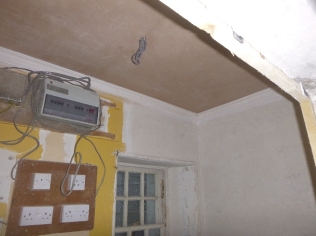 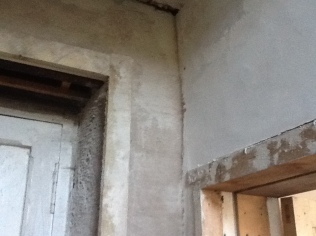 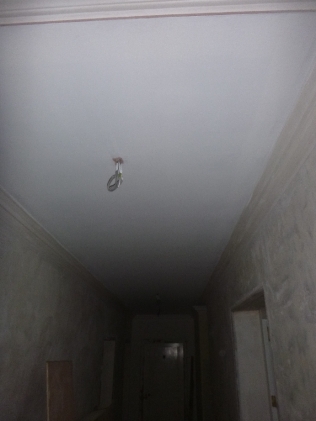 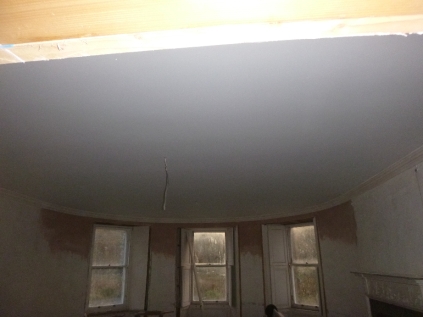 Yet more rot to deal with:

And Tony worked his magic on the new step for the French doors. 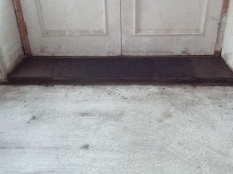 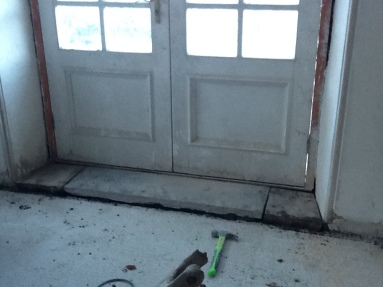 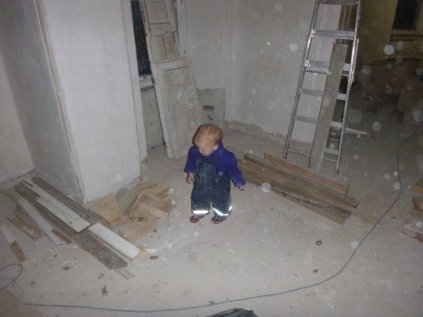 Elsewhere inside Mike started rebuilding the vaulted ceiling in the soon-to-be playroom, including new lintels and a lot of rot treatment! 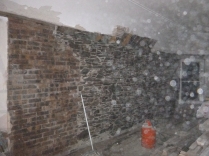 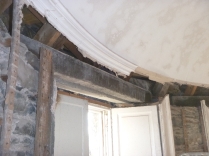 Then there was the tedious task of working out which profiles were to be saved.  Note the 1st picture showing the name of the original joiners that installed the woodwork in the mid 1800s:  Robert Hall & Co from Galashiels.  This business was founded in 1846 and changed name in 1884 to J&J Hall as it passed to his nephew and his son.  J&J Hall became a successful architectural practice, with a number of notable projects mainly in the Scottish Borders. 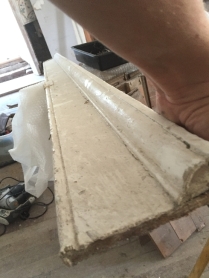 And last but not least internally, Grandish Designs arrived at the end of the month to start laying the limestone floor (with Logan helping with the final prep work).  More on this next month… 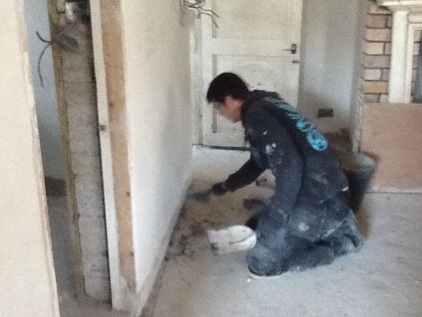 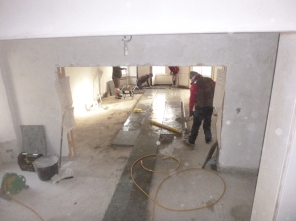 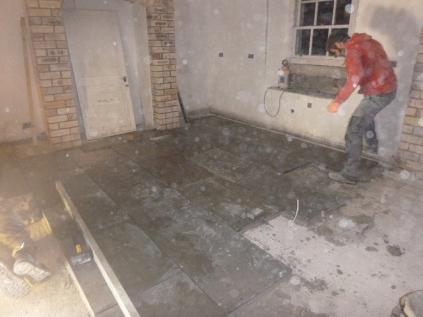 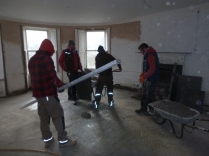 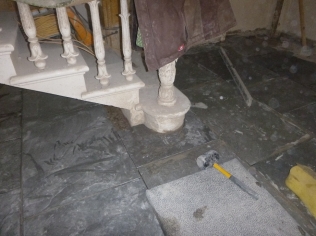 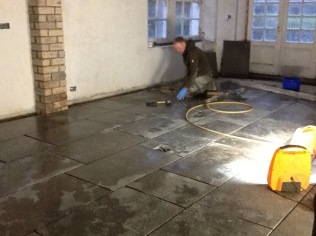 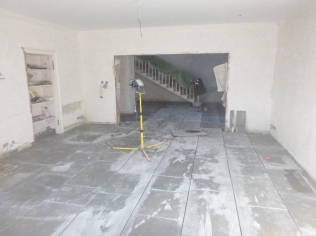 Moving outside, there was lots going on here too.  Starting with some limewashing – this time with some linseed oil added to help shed some of the rainwater.

Then there was more progress in the small walled garden – harvesting veggies and getting ready for a summer house to be erected.

With a bit of help from Barbara, Alistair and Aisling we processed around 6 tonnes of timber (and had to recover the landrover more than once)… 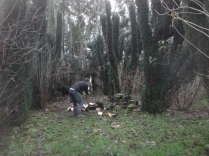 Elsewhere, the scaffold was finally dropped from the front of the house, allowing mum in to weed the flower bed.  Barbara and Alistair helped to unblock the stream, with Tony making it stockproof again, and then there was the compulsory bonfire of course. 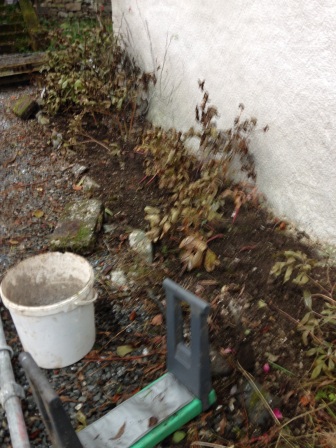 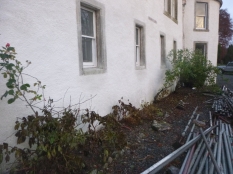 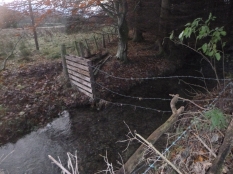 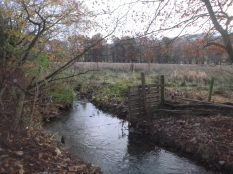 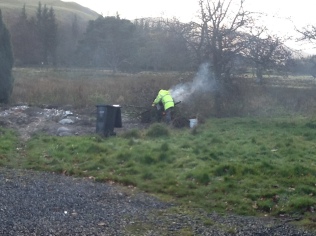 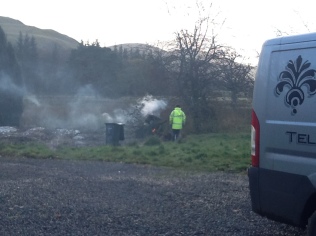 Finally, some pictures of the heavy frost and one of an old lab table that is to become our kitchen island. 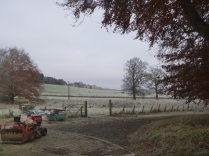 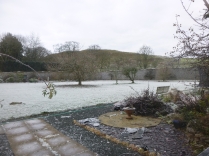 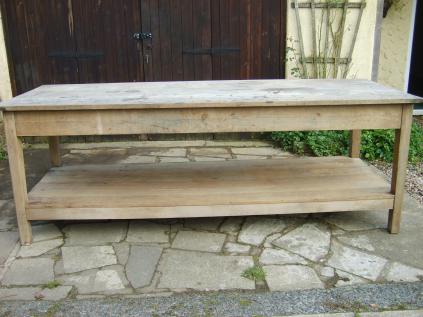