August marked our official move-in date.  Quite a lot of work still to do, but enough to be able to make a house a home… at last!

The kitchen was receiving some of the (almost) finishing touches with the pantry shelves made and filled, and the slate worktops by the cooker and fridge finished. 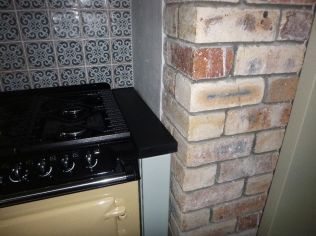 The Victorian mosaic floor in the porch was laid, just leaving the edges for Mike to finish off.  Much thanks to Tony and Gaetano! (And to Logan for cleaning the reclaimed quarry tiles.) 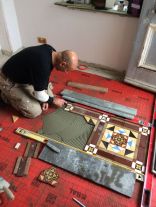 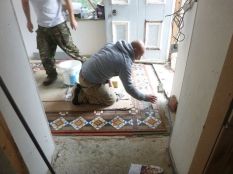 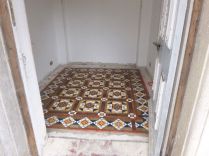 Decorating continued apace with the specialist clay paint in the corridors and stairwells.

And even the utility-cum-shower room was starting to look the part with the cornice up and the tiling well underway: 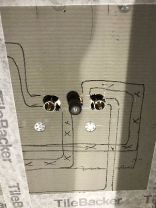 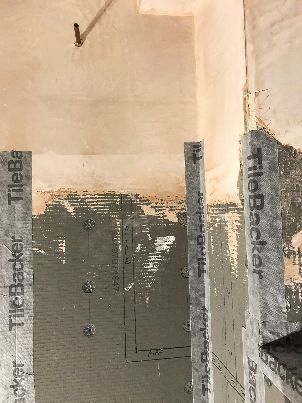 Outside, another trip down from Logan saw the annexe wall get the start of what will be an aggressive haircut and along with Tony the long-standing crack in the garden wall was repaired. 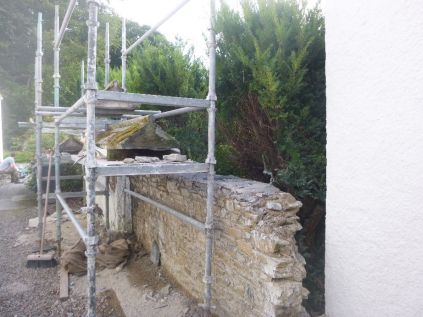 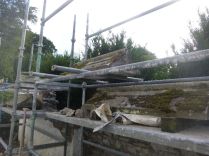 And they also managed to squeeze in some time digging over the new rose garden and building some retaining walls around the fruit trees. 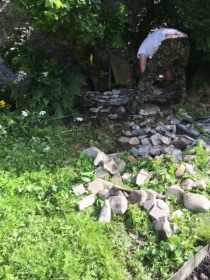 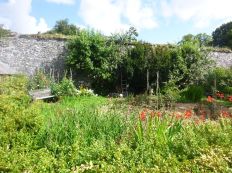 That was all we had time for in terms of jobs but here are some of the glasshouse and garden, including a first attempt at growing melons (lots of greenery but not much fruit!):

And finally, a lovely shot of the moon over Cademuir hill.

This entry was posted in Renovation Diary. Bookmark the permalink.